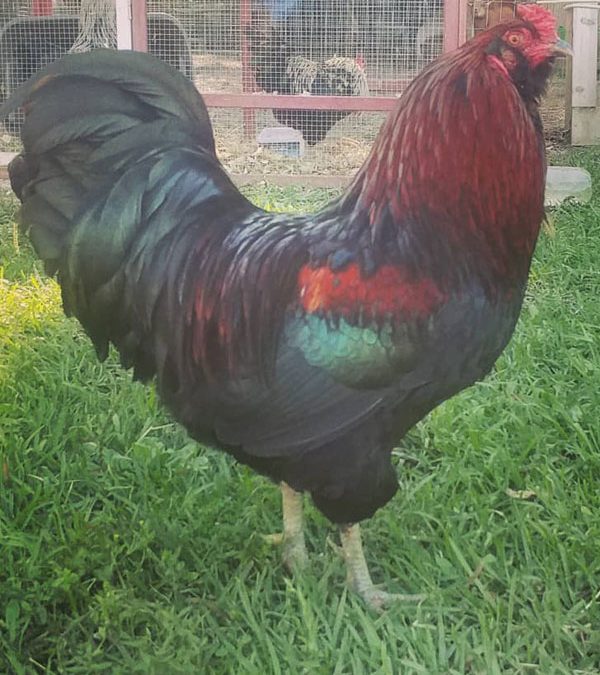 We started raising chickens late last year as our first foray into keeping any kind of livestock. They say chickens are a gateway animal and we can attest to the accuracy of this statement. We started off a small flock and, wouldn’t you know it, chicken math took over! As of this post, we’re just shy of 50 birds!

Part of caring for our chickens including building their chicken coop out of what was once a greenhouse. When we first moved in, the property already had a carport/greenhouse structure. We entertained the thought of building a completely new area just for our chickens but ultimately we decided to repurpose the greenhouse. The total investment to convert that building into a chicken coop; not including the run, was just shy of $600.

They had a place to get out of the elements, but no place to roam. We solved that problem by investing in an electric poultry netting system from Premiere 1 Supplies 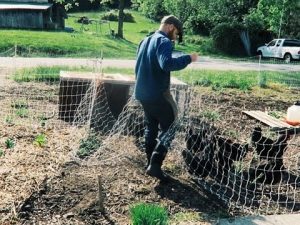 Justin setting up his netting system

This was a temporary solution but we do intend to use the poultry netting for other livestock; hopefully meat birds in the summer! For a more permanent solution, we invested another $300 in materials to build out a proper chicken run for our growing flock. Now our hens and one rooster have plenty of space to roam around. We’ve also recently started letting them free range for a good bit of the day.

They’ve done a great job of staying close enough to their “home” that we don’t worry as much when they venture off on the property. As soon as the sun starts going down, they make their way back into the run and finally settle into their roosts. Like first-time parents, we, of course, had many reservations about even letting them out of our sight.

There’s no shortage of useful information available on how to raise chickens. This made things especially easier for us as we did months of research before we ever had a chicken in our mist. We took a particular fondness to Justin & family and their daily vlogs about their adventures in raising their birds.

I take this advice from Warren Buffett to heart! Justin, like many others, have already done this for many years. They’ve made the mistakes and shared their successes. So, why not use their methods or, at minimum, incorporate them into your own plans & goals?

We did just that. We even invested in a few of the same tools to make life a little easier like a 5-gallon poultry fountain and few rubber feed pans from Tractor Supply Company.

We’ve even started fermenting our feed using Justin’s “Feed your chickens for $1.25 a day” method. We’ve added a few other elements to the mix and it’s been working great! We’ll share our recipe in an upcoming post!