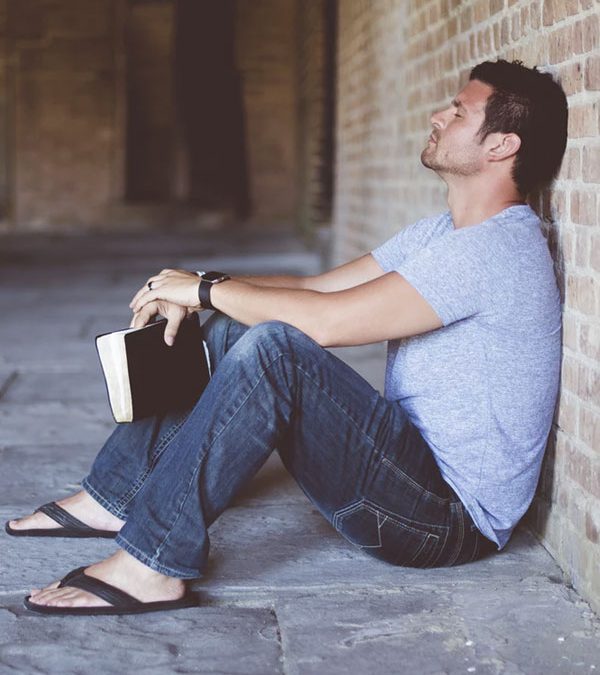 Most days we’ll spend a few hours cleaning out the property, trimming back trees, clearing brush, or just tidying up the carport. Other days, we focus on the home and work on projects inside too. My wife and mother-in-law just completed an awesome remodel of our entryway pantry. More on that later!

This month will go down in my history books as the time everything change. Pretty dramatic, right? Well, let me explain. I do, however, have to back up a week and actually start off in September 2016. See, for the last four years, I’ve held a position with a marketing/consulting agency. In those four years, a lot of changes took place within the company. For the most part, they benefited me; raises, promotions, etc. What could go wrong? I was climbing the ladder! I had a safe, cushy job with a nice salary. One of the biggest benefits was the ability to work remotely. It’s one of the main reasons we moved out of the city and into the country.

Well, all that changed one afternoon when my phone rang. I saw the area code; where my corporate office was located, and my heart sank. Up to that point, things were starting to feel a little more fragile. As you’ve likely figured out, that call was to inform me that I was part of the next round of lay-offs they company was forced to have. They made my last day officially October 1, 2016. My faith allowed for panic mode not to set in. I knew there was plan; I just had to be open to see it.

Okay, so I’m laid off. I’ll take a few weeks to find something new, hopefully with another company that will offer a remote position (fat chance, right?). The days following my lay off were pretty normal and casual, despite the the growing fear of not being able to pay the bills.

During that time, we met a fellow homesteader just down the road from us via Backyard Chickens. She showed us around and gave us a tour of her place and all her chickens. It was a awesome day all around. Kids had a great time and we learned a lot of hands-on goodies from her. She also treated us to lunch. Our town has a historic restaurant that we were wanting to try and we all went out for a bite to eat before she loaded us up with a few dozen eggs. I ate fried chicken, greens, and mashed potatoes. Well, that was a mistake.

For the past few years, I’ve suffered from late night cramps. They would come out of seemingly nowhere. I didn’t eat anything out of the ordinary and we eat pretty healthy! I didn’t connect it then, but it turns out I’d been having gallbladder attacks all those years. And so, that evening I had a severe attack. Being the hard-headed man I am, I just thought it was gas. A few Gas-X pills later and no relief. We went to the ER that night. Three days later I was released from our small-town hospital that could not perform surgery. They basically kept me under supervision and pain-killers. It was discovered there, however, that it was, in fact, gallbladder stones. Pretty good-sized ones that were also blocking the tube.

Back home I went. That evening we took the kids to the town fair that was going on. Again, another nice day and evening with the family. And again, a sudden onset of gallbladder attacks. I didn’t even eat anything! We made the decision to drive the two hours to Houston to get some proper medical attention. At least there, we had friends and family to help with the kids.

We made it to the ER and I was immediately admitted and scheduled for operation the next morning. Thank you pain killers.

Within the first two weeks of October I was laid off and spent a full week in two different hospitals.

The Bright Side – Here We Are Today

But this isn’t a sob story folks. Nope! This was the month that changed everything! For the better. After our little ordeal with the gallbladder was behind us, we could focus on our next steps. By that point, things were already in motion that lead me to stop pursuing a full-time job. Instead, I started my own business and haven’t looked back. I’ve been gainfully unemployed for 5 months!

So, here we are today. We’re making big strides to meet our goals and everyday is a new adventure. From raising chickens to clearing the land; life here on the homestead is always a new experience.